(Land between Dunstable Road, Harpenden Lane and the Redbourn Bypass) 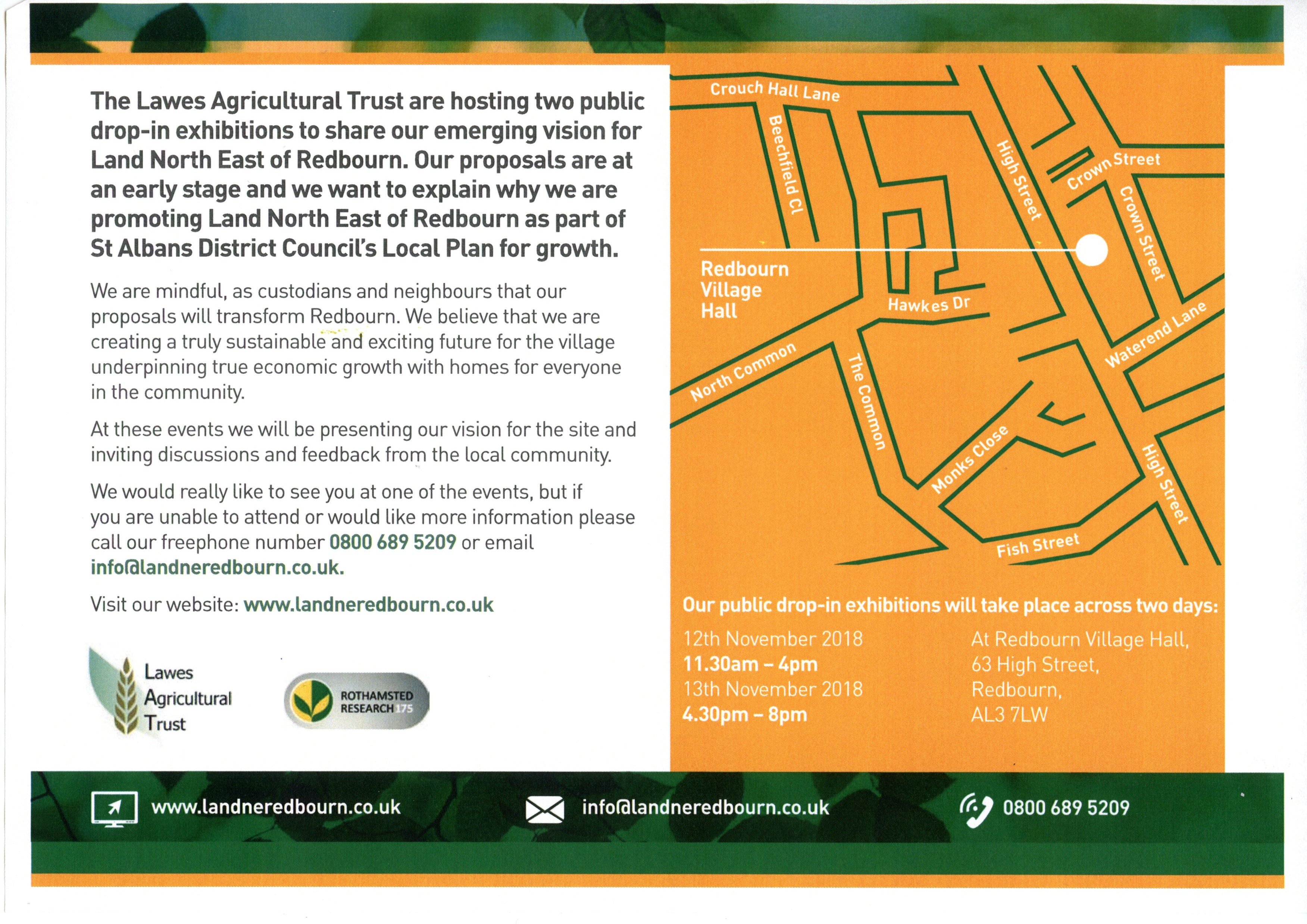 This site was put forward in SADC’s call for sites which took place at the beginning of this year for their Local Plan.

The SADC’s planners looked at all the sites, around 150, used a traffic light system to filter the sites, of these, 12 were put forward at SADC’s planning policy meetings – 8 broad Locations (green) and 4 (amber) sites, one of these being the North East Redbourn site. All 12 sites were then discussed, after much deliberation were advised by the planners that this site would need a lot of work and that there would not be enough time to do this before the regulation 19 consultation took place, so only 11 sites were put forward in last month’s consultation.

The Lawes Agricultural Trust were not happy with their site being excluded and it now appears they are looking to gage what you think and possibly try to get this included in the current local plan. The original plan promised a new secondary school but now it’s just a junior school.

This site will not take the place of the East or North Hemel sites which the current SADC’s draft local plan is proposing, some 5,500 homes in Redbourn Ward on the Hemel Hempstead side.

In a recent meeting held in Redbourn where Cllr Mary Maynard the portfolio holder for planning policy at SADC came along to do a presentation on the local plan, this site was raised and she did say that there is a possibility that this site could come of the subs bench if one of the other 11 sites does not for some reason proceed, say for legal reasons.

It’s worth going along to have a look and see what they are proposing and to ask any questions you may have."

Least not forget that this site sits in GREEN BELT!

Written by Teresa Finnigan on 30th October 2018. Posted in News

As you may be aware St Georges are consulting on changing their admissions criteria to no longer allocating 20% of available places to the villages. Read More